You are using an outdated browser. Please upgrade your browser to improve your experience and security.

Announcement: PT at COVID level 4. As a registered essential supplier PT are open for ordering and most of our products are ready to ship. 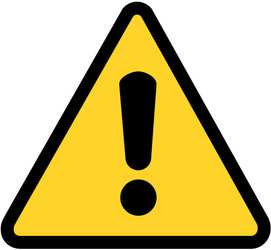 When installing load cells in tension safety is an important consideration.

Tension load cells such as the PT4000, LPC, etc. are generally made from alloy steel which, by structural standards, is highly stressed so as to provide enough stretch for an electrical signal to be generated and subsequently are not rated as lifting devices.
Frequently the components mounting the load cell, such as bolts, pins and rod ends are not as strong as the load cell and would fail first.
The environment and cyclic loading can affect the steel of load cells and mounting components and result in a reduced life at full or even reduced capacity before failure and it is not recommended that the weighing devices be relied upon for safety and that safety should be provided by another fail safe device. As an example when the PT LPC is suspended under a helicopter a safety strop is placed in parallel with the load cell so that should the load cell or mountings fail the strop will carry the load.

Because the weighing equipment could fail at any point in the future due to environmental or loading conditions we are unable to provide a SWL (safe working load) or WLL (working load limit). The safe load the load cell can carry without some form of damage is 150% in most cases, the load cell could be tested to this load and a SWL or WLL of 30t confirmed with a 1/5 ratio, but that is not to say that this will not be reduced by the environment, effects of corrosion and cyclic loading at some point in the future.

For this reason weighing equipment in suspension would normally be used to its capacity, reduced by a factor for uneven/unusual loading and safety provided by another device with more determinable properties. The safety device is in parallel with the load cell and catches the load should a load cell or mounting component fail.
It is important that the safety device does not carry any load until a failure occurs otherwise weighing accuracy may be affected. Fortunately load cell deflections are small, usually less than a millimetre, and therefore the slack in the safety device can be small.
Debris can accumulate in the safety device and affect weighing accuracy and care should be taken to maintain clearances or prevent debris from accumulating in clearances with soft flexible sealing material.